International ASET Inc. is proud to present Dr. Lixin Cheng as the Congress Chair for the 2nd World Congress on Momentum, Heat and Mass Transfer (MHMT'17). 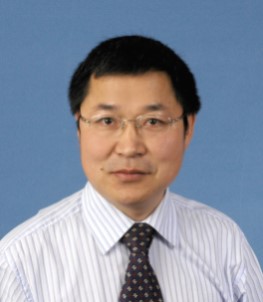 Dr. Lixin Cheng is Principal Lecturer and Programme Leader in Chemical Engineering at Sheffield Hallam University, UK. He obtained his Ph.D. in Thermal Energy Engineering at the State Key Laboratory of Multiphase Flow at Xi’an Jiaotong University, China in 1998. Dr. Cheng has extensive international working and collaboration experience. He held an associate professor in Chemical Engineering at Aarhus University, Denmark in 2013-2015. He was a senior lecturer and course leader in Petroleum Engineering at the University of Portsmouth, UK in 2011-2013, and a lecturer in Chemical Engineering at the University of Aberdeen, UK in 2009-2011. He worked as a scientific collaborator in the Laboratory of Heat and Mass Transfer (LTCM) at the Swiss Federal Institute of Technology in Lausanne (EPFL), Switzerland in 2006-2009. He was awarded an Alexander von Humboldt Research Fellowship and worked at the Institute of Process Engineering at the Leibniz University of Hanover, Germany in 2004-2006. He was a senior research fellow at London South Bank University in 2001-2003, and a post-doctoral research fellow at Eindhoven University of Technology, the Netherlands in 2000-2001. His research interests include multiphase flow and heat transfer, enhanced heat transfer, micro-scale two-phase flow and heat transfer, nanofluid two-phase flow and heat transfer, compact and micro-heat exchangers, chemical processes and thermal energy system etc. In recent years, he is active in developing cutting-edge interdisciplinary research such as bioenergy, waste utilization and energy efficiency. He has published more than 100 papers in journals and conferences, 10 book chapters and edited 10 books. He is associate editor of Heat Transfer Engineering since 2016. He was the founder and Editor-in-Chief of the International Journal of Microscale and Nanoscale Thermal and Fluid Transport Phenomena (IJMNTFTP) (2010-2014). He is the Editor-in-Chief of e-book series Advances in Multiphase Flow and Heat Transfer, and editor of SpringerBriefs on “Multiphase Flow” and Book series “Frontiers and Progress in Multiphase Flow” by Springer Verlag in Germany.